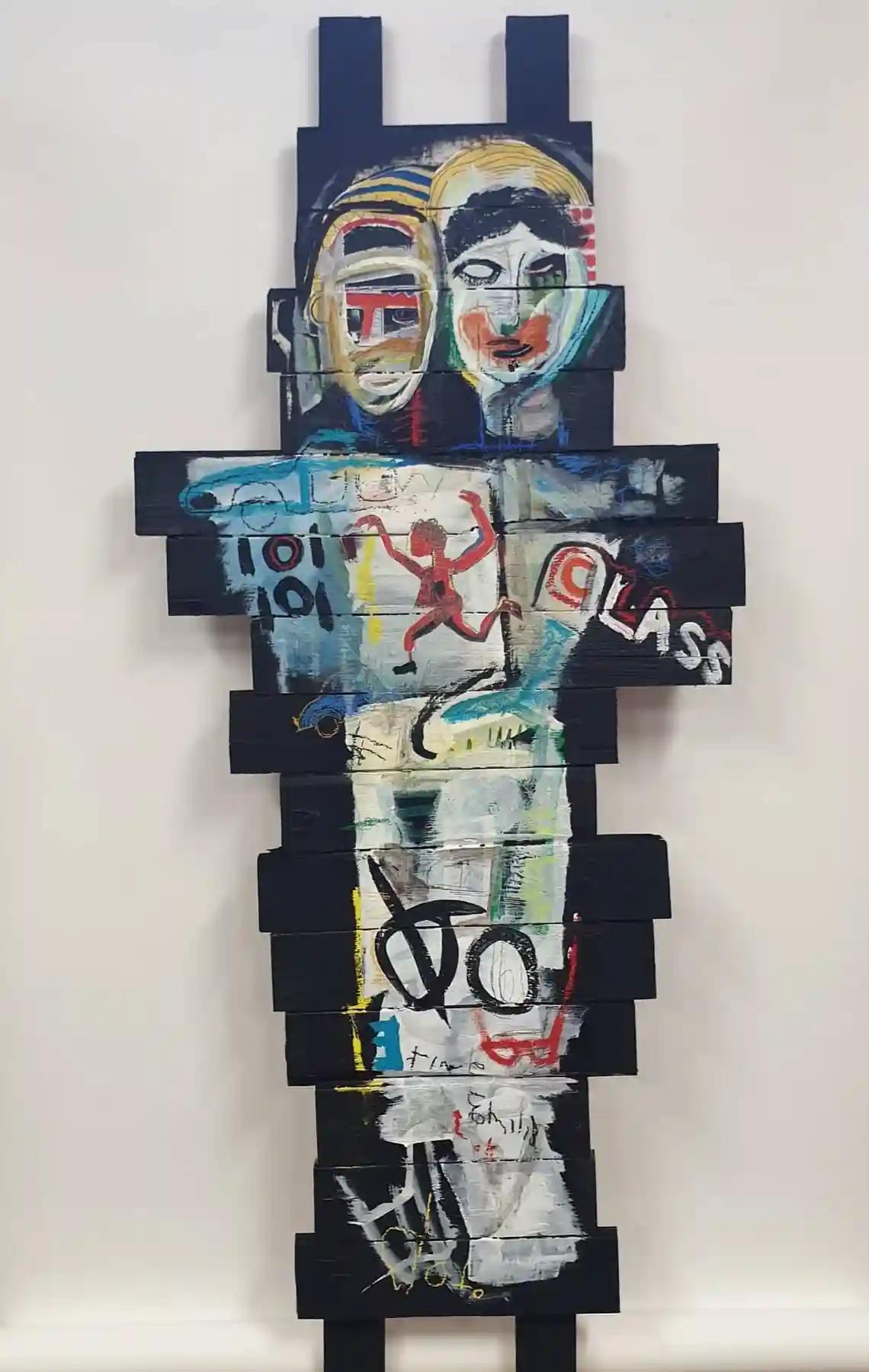 Escaping the class system in a Volkswagen by Marc Rayner

Widely acknowledged for her narrative quilt embroideries, African-American artist Faith Ringgold’s “United States of Attica'' is a revolutionary political poster, illustrating a geographic perspective of America drenched in green and red hues of Jamaican writer Marcus Garvey ‘s Pan-African flag, who was a distinguished black nationalist proponent. In September 1971, relentless maltreatment towards 1,200 Hispanic and Black inmates perpetuated by blatantly racist officers, and ignoble sanitary conditions remained covert behind the walls of the Attica Correctional Facility. As a result, Ringgold’s dissidence in her imagery expressed a poignant yet subversive protest to nefarious state crimes within the prison system. She denounced the chauvinistic spirit of white supremacy by labeling assorted dates of American historic atrocities, such as the notorious lynching of 14-year old Emmett Till in Mississippi, after he was falsely accused of harassing a local white woman at a grocery store. Additionally, Ringgold condemned the anti-Chinese riots in Oregon during the 1880s, the 1968 assassination of Dr. Martin Luther King Jr, and Andrew Jackson’s Indigenous removal policy, which forced the Cherokee nation to migrate to modern-day Oklahoma during the infamous Trail of Tears. Among many immeasurable violence enumerated across her poster, which showcases a reformed visual narrative of U.S history as constituted in systemic oppression and racial inequity, yet the bottom of her poster reads a heart-rending axiom “This map of American violence is incomplete.”

Decades of institutional corruption, elitist exploitation, and social abuses have sewn into the political fabric of Iran’s dictatorial Islamic republic, and has molded Kermanshah-born fine art painter Nicky Nodoumi’s satirical motifs. His sleight-of-hand and incisive visual commentaries, often vilified and prohibited nationwide by his authoritarian foes, expressed an opposition towards the late 20th century tyrannical regime usurped by Ayatollah Khomeini, a Shia fundamentalist who orchestrated a coup d'etat to execute the monarchical despotism of Shah Mohammed Reza Pahlavi in 1979. After his 1969 departure from Iran to reside in New York, Nodoumi devoted his artistic career to provide insights on his ideological resistance in print-making oeuvres, which portrayed derisive caricatures of Iranian and American imperial leaders. He notably produced a 1978 depiction titled “Long Live Freedom,” a propagandist piece dedicated to a radical leftist movement as their campaign for civil disobedience to Shah’s iniquitous incarceration of political dissenters. His sketch illustrates a colossal serrated tip of a black and white bayonet, penetrated into a prison cell, to coerce a gagged inmate. The poignant artwork articulates a doleful, yet cynical proverb of Iran's state entropy, asserting “the problem is people, when they come into power no matter what, they do bad things.”