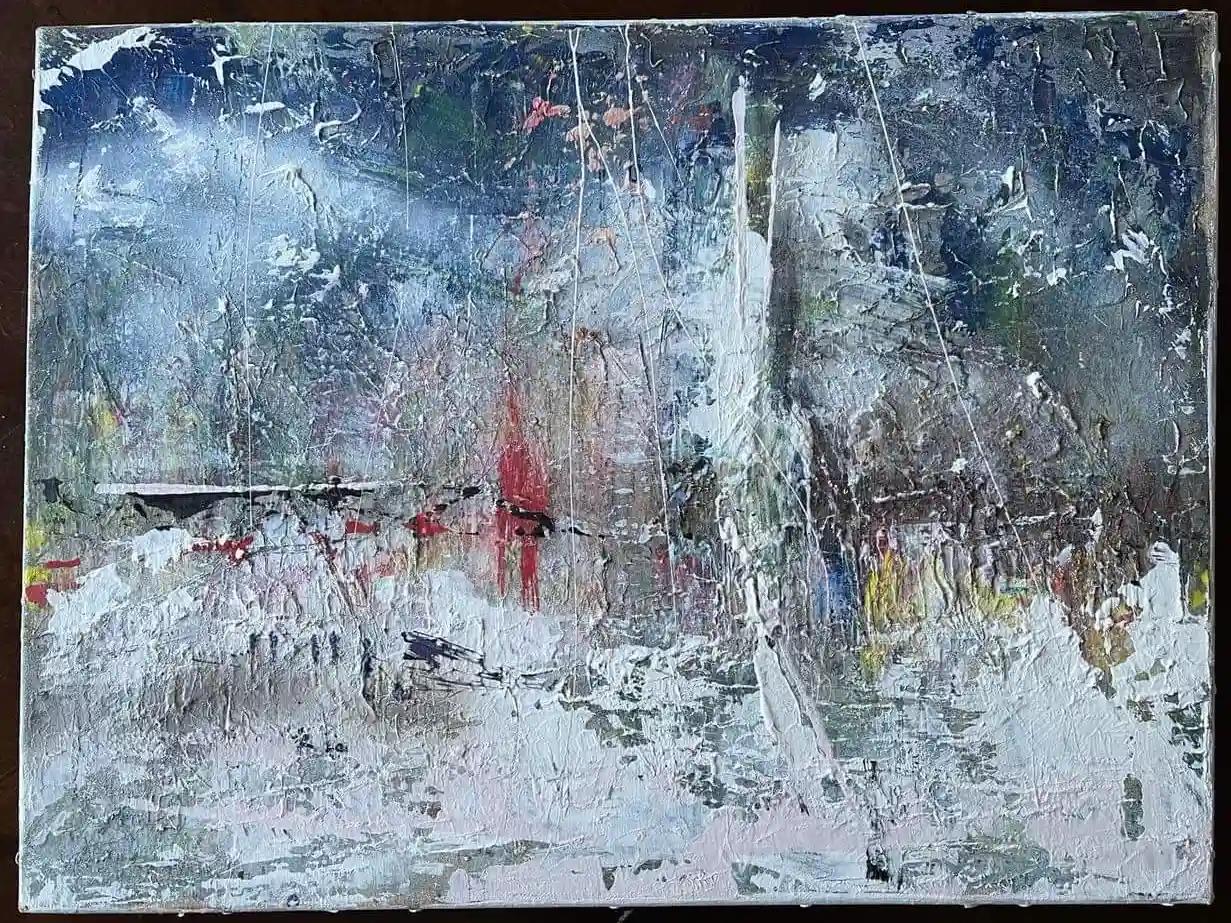 5 Paintings That Evoke the Holiday Season

The holiday season is approaching—in fact, it’s already here! For some, the holidays are about spending time with loved ones and for others, it is a time for self-reflection. You may not celebrate the holidays, but you can still enjoy the art inspired by them. We have compiled a list of five paintings that we think best evoke the whimsical, wintery nature of the holiday season. Some of the paintings are well-known in the art community, whilst others are hidden gems.

“Snow at Argenteuil” is an oil painting by the founder of the impressionist movement, Claude Monet. The painting depicts his home commune, Argenteuil, a location in France that is frequently featured in his work. The painting utilizes muted blues and greys; colours that are often associated with wintertime, which appear only subtly and mostly subdued in this piece. However, in the sky, there are hues of yellow which add a certain warmth to the overt coldness of the painting. This reflects the fact that whilst the holiday season may not always be comforting for everyone, it is nice to know that there is hope on the horizon. Sometimes, a simple stroll in the wintertime to clear your head can help with that.

“Joyful Winter in Whistler” is a contemporary, oil-on-canvas painting by Ukrainian-Canadian artist Anastasia Fedorova. Fedorova is an emerging artist who specializes in landscape paintings. Oftentimes, winter is depicted as harsh, but Fedorova utilizes vivid colours and rich textures to demonstrate its beauty. The wooden cabins, the mountain range, and the pine trees all emulate the classic iconography of the holiday season, especially in Canada. The smoke from the cabin alludes to the serenity of being curled up next to the fire while the snow falls outside. There is nothing quite like a Canadian winter!

“The Mystical Nativity” is a Renaissance-era painting by Sandro Botticelli and is a mystical take on the traditional nativity scene. Religious imagery, where heavenly beings are present in earthly settings, was typical during this period and highlights the painting’s mystical nature. This oil painting depicts the birth of Jesus Christ (the nativity scene), with baby Jesus, Virgin Mary, and Joseph present. Whether or not you are religious, the nativity scene often comes to mind when one thinks of Christmas and is consistently exhibited during the Christmas season. Botticelli’s depiction differs from the traditional nativity scene with the inclusion of heavenly beings. Thus, highlighting the mystical nature of the painting.

Hendrick Avercamp was known as a master of painting winter landscapes, influencing many emerging artists who came after him. Avercamp typically painted the Netherlands in the wintertime, as seen in the painting above. As the title states, the piece depicts a winter scene with ice skaters on a frozen river, and among the skaters are other villagers who are completing their daily chores. The painting is a glimpse into the past, but the imagery can still resonate with a modern audience. Furthermore, ice skating is still heavily associated with holiday festivities in the 21st century, especially in Canada! Avercamp encapsulates the simplicity of wintertime, and the holiday season, where individuals get together to enjoy simple pleasures such as ice skating.

When you think of the holiday season, and wintertime, you may not think of bright colours. However, bright colours were the forte of Russian artist Wassily Kandinsky, who is known for his abstract paintings. Winter Landscape depicts a snowy landscape with a road leading to a house in the distance. Through the use of pink, blue, yellow, and black, Kandinsky conveys the charm of light bouncing off snow. Despite it being an abstract painting, the snowy landscape is easily recognizable. This uniquely colourful depiction speaks to the whimsy of wintertime, and it may also speak to the contradictory nature of the holidays—the weather is often frigid and cold, and yet, there is an innate warmth to the season.